The town of Beech Mountain will host the NC State Championship Snowshoe Race on Saturday, January 7. Saturday events at Beech Mountain Resort will include the annual Bathing Beauty competition held at 11 a.m. on the Play Yard slope. The Village Rail Jam will begin at 4:30 p.m. in the Beech Tree Village followed by live music at the Beech Tree Bar & Grill from 7:30-10:30 p.m.

For more info check
http://www.beechmountainresort.com/
Posted by HeavenlyCabins at 2:02 PM No comments:


Beech Mountain is less than two weeks away from hosting the first North Carolina State Championship Snowshoe Race, which will be held at 1 p.m. on Saturday, Jan. 7, 2012 in Beech Mountain’s Emerald Outback. All spectators are welcome to come enjoy the contests for free.

Endurance athletes from the Mid-Atlantic will come and compete to earn their spot to race in 2012 U.S National Snowshoe Championships in Frisco, Colo. The events will include a 5K race with recreational and competitive categories, a 10K competitive State Championship Race and a Kid’s Snowshoe Scramble.

Online registration is now available by clicking to www.prerace.com . For every participant who registers online, a donation of $1 will be made to United Stated Snowshoe Association.

Two racecourses, one 5K and one 10K, have already been established. Maps of both courses are available by clicking to www.beechrecreation.org . Both racecourses are arranged entirely in the Emerald Outback, Beech Mountain’s new multi-use trail system, which boasts long-range views and sprawling forests, all above a challenging 5,000 feet of elevation.

According to Brie Powell of Beech Mountain’s Buckeye Recreation Center, snowshoeing is budding as an up-and-coming sport, and the Southeast is a great place to get involved.

“Snowshoeing provides a great outlet to keep your fitness level up and get outdoors even in the inclement weather of winter,” said Powell, who encouraged anyone interested in learning more about snowshoeing to attend the championship as a way of introducing themselves to the sport.

Posted by HeavenlyCabins at 10:08 AM No comments:

Skiing, snowboarding and ice skating will be available tomorrow at Sugar Mountain  11/12/11.

Snowmaking began Thursday,  November 10th and continues. A manmade powder surface covers
the Upper and Lower Flying Mile slopes. The Summit #1 Lift will be in operation to the ¾'s station. Weekend lift/slope ticket prices will be $25 for a full-day session and $20 for a half-day session.


Check it out http://www.skisugar.com/  or
the live streaming webcam

Posted by HeavenlyCabins at 8:25 AM No comments: 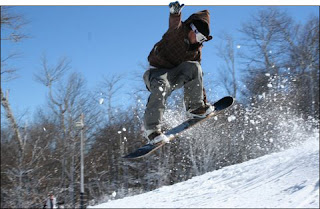 
In addition to the hard work it required to install the new snowmaking system, the resort staff was able to tackle many other improvements.

Some of the new items include:

•The removal of Chair #2, increasing the skiable terrain on Southern Star and Robbins Run

•A new beginner slope. The "School Yard" will be located behind the View Haus Cafeteria

•A new freestyle ski and snowboard shop. "Roots Rideshop" will offer demos, retail and the only public indoor half-pipe in the area.

•Beech Mountain Coffee and Gift Shop. Located in the Beech Tree Village, the shop will offer souvenirs, drinks and snacks.

•A new building for shuttle pick up and drop off. The newly designed space will shield customers from the cold conditions, while waiting for the shuttle.

Beech Mountain Resort will again offer the 30/20 plan for the weekday skiing! The 30/20 plan offers $30 day/twilight tickets (Monday-Friday) and $20 night tickets (Monday-Thursday), during non-holiday periods. The resort is now offering the Super Saver Season Pass sale for it's third year. The sale highlights 200 unlimited season passes for only $375.

Plan your ski vacation now.. Check out this Luxury 5 Bedroom home less than 2 miles from Beech Mtn Ski Resort
Posted by HeavenlyCabins at 7:57 AM No comments:

Snowmaking is in progress and the ice rink has begun the process of making ice. Please check the Sugar Mountain website often for opening information.

Hopefully, it will look like this photo soon >>>>>>>
Historical opening and closing dates as well as annual snowfall statistics can be found on the site.  Here are the last few years stats.

If weather cooperates look for ice skating and tubing at Sugar Mountain to be open by Thanksgiving.

Posted by HeavenlyCabins at 11:23 AM No comments: 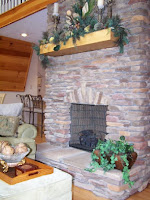 Looking for a luxury home for your North Carolina
Ski Vacation?

We have exactly what you are looking for.
This stunning 5 bedroom home has upscale decor
and every amenity you could ask for.. Less than
2 miles from Beech Mountain Ski Resort or from the
sledding hill, 15 minutes from Sugar Mountain and about
20 minutes from Hawksnest Snow Tubing & Zipline.
A short drive to the Blowing Rock Outlet Shops. 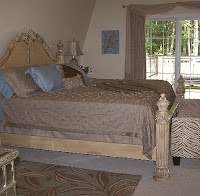 This gorgeous home has 3 levels, lots of room to spread out.  It is decorated in creams, soft blues, greens and other natural colors.  Cozy up to either of the 3 remote control gas log fireplaces  - 1 on each level.  There are 5 bedrooms and 3 baths.  The home comfortably sleeps 9 adults OR 8 adults/1-2 children with 2 kings, 2 queens and 1 full bed (no sleeper sofa).

A huge outside hot tub comforts those aching muscles after a long day skiing or serious shopping. There is also a jacuzzi tub in the upstairs bath.  You will have high speed internet, Wifi, a stainless steel grill, front loading washer and dryer, lots of decks & more!


Beech Mountain Ski Resort hopes to be making snow soon.. You will then have a choice of snow skiing, snowboarding, ice skating and more.. They even have a second terrain park and offers a ton of features for advanced skiers and snowboarders.

For more info  check our Beech Mtn Luxury Vacation Home vrbo listing
or go straight to the Availability Calendar and check your dates..
or Email  info@heavenlycabins.com 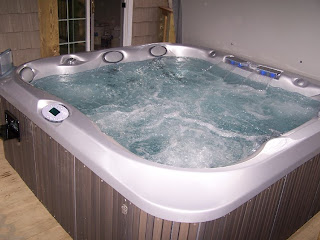 Posted by HeavenlyCabins at 11:00 AM No comments:

turn cold to get people working and people skiing.


At Beech Mountain Resort the snow guns are in place and all the other equipment is being readied for the season.

"All we need is cold now," said Gil Adams. Beech Mountain will hire about 400 seasonal workers; other slopes will be adding similar numbers to their work force in the coming weeks.

"It pays the bills," said Steve Potter, who heads up the rental area of the ski resort. He's hoping for colder weather too so he can get people working. "If you ain't got the right weather you have to lay people off."

Economists say the ski industry in North Carolina pumps close to 150 million dollars a year into the economy.

Tourists spend money at the slopes, shops, restaurants and lodging establishments. The past two ski seasons have been near records for the industry.

The season started early both years and continued well into March. In 2010, some slopes were open before the second week of November.

This year, officials aren't sure when the opening day will be. Forecasters expect a cold front to come through the area this weekend but also expect a rapid warm-up into the middle of next week.

"We need 36 to 48 hours of below freezing weather to get the slopes in shape," said Adams. Beech Mountain Resort has added ten new state of the art snow guns for this season.

Other resorts have added equipment as well.

The goal for many right now is to open by thanksgiving, though officials say there have been many profitable seasons in the past when opening day was later than that.

The key will be staying open once the season starts.

Story By WBTV
Posted by HeavenlyCabins at 8:42 AM No comments:

HeavenlyCabins
Saved by HIS Grace!!